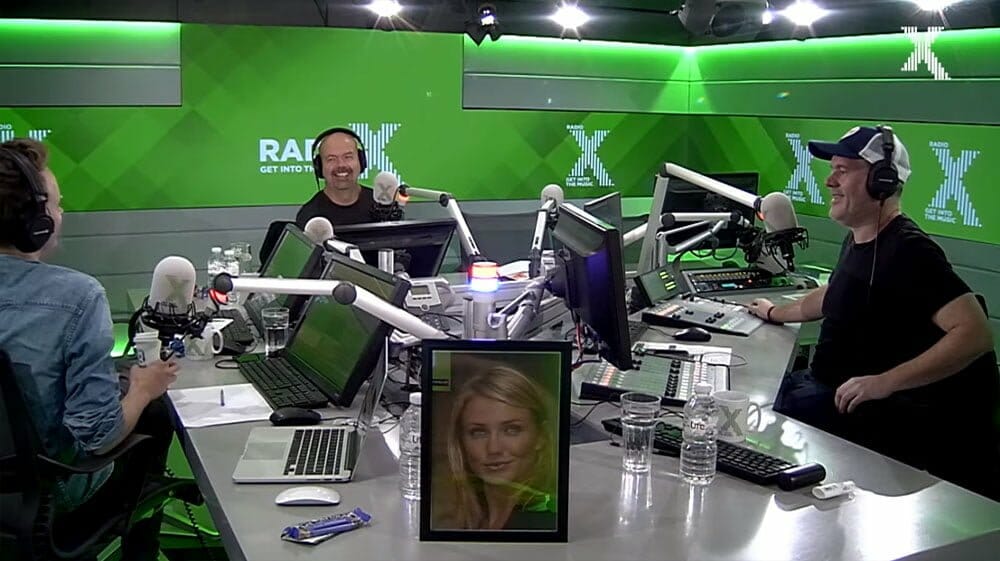 I still can’t quite get my head around this. Ode to Dom played on Radio X!

A while back I wrote a song called “Fly with you” which is on my new pop and EDM album “A world unknown“. Conveniently it’s available on iTunes, Amazon MP3, Google Play, CDBaby and Spotify. It’s almost as if this was planned.

Having sampled clips from the Radio X Breakfast Show, I remixed “Fly with you” and produced a silly animated musical called “Ode to Dom (featuring Danny)“. I sent it in to the studio sincerely hoping the team would enjoy it, but I was worried that it would simply bomb (I’m not the most confident of humans).

It turns out that I had absolutely no reason to worry. Listen to what happened on the podcast, or right here:

“I love it… I think that is great” Chris Moyles

Whether it was the kind hand of fate interjecting, or producer James’ better judgement, the team initially just listened to the song “Ode to Dom (featuring Danny)”. The response of Chris was amazing – it genuinely blew me away.

I’m still not sure if he was joking when he said I should release the remix on iTunes (legally I’d need the permission of the team). I assume too that he was mucking around when he suggested getting it on the Capital FM playlist.

Either way, having spent a not inconsiderable amount of time writing the track, remixing it, then animating the video, I was extremely happy to see the team having a really good laugh.

Dom and Chris seemed to think the accompanying video was “a little odd” (possibly because they didn’t read the blog post that mentioned that the animation was deliberately bad). However, it went down well on Facebook and got over 24,000 views. One guy even copied his comments to BBC Comedy and BBC 2 – I assume he was bonkers.