re: Mumford and Sons, an open letter to the BBC 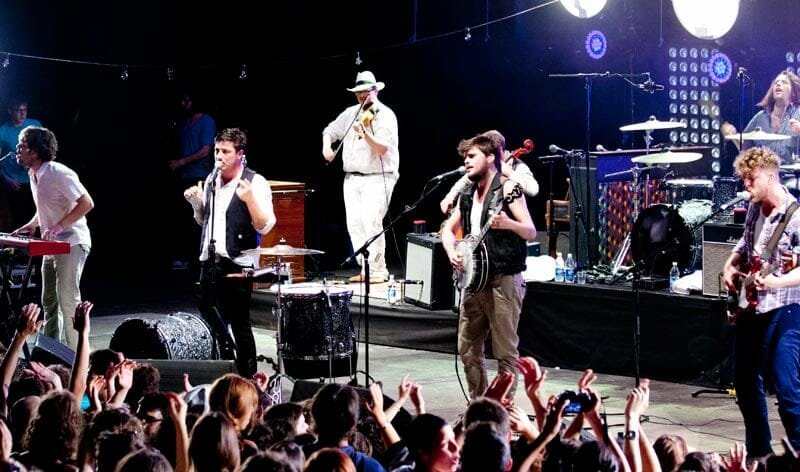 I’m happy to pay the TV license fee. It may be a little outdated in the days of streaming TV, but I don’t mind.

I also really like Mumford and Sons. I bought their first two albums and some of the better singles from their third album.

It would however be nice to watch a newborn gazelle gingerly walking for the first time across the scorched ground of the African savannah without an uplifting Mumford and Sons song building in the background.

It would be great if I could enjoy viewing a nervous and inept couple hesitantly bartering over the price of a hideous antique without the lilting tones of Mumford and Sons being used as mood music.

It would be just lovely if I could watch an amateur chef slowly going to pieces as he prepares a travesty of a meal for an obese food critic without a Mumford and Sons song kicking in just as the mastication begins.

A summary of how a team of builders in Doncaster who have utterly transformed the horribly cramped downstairs toilet of Mrs Brown into a realm of majestic beauty really would be just as enthralling and nail-bitingly emotional without the tunes of Mumford and Sons.

I’m also definitely sure that it is possible to produce a TV show based on the trials and tribulations of a working class family trying to decide which semi-detached house to buy that’s close to a decent school and also within walking distance of a railway station in Crawley WITHOUT A BLOODY MUMFORD AND SONS SONG PLAYING THE BACKGROUND!

So, to whom it may concern at the BBC, please realise that there is an extravagant panoply of great musical talent currently available. There are a plethora of amazing undiscovered artists around. Numerous original bands persistently keep trying to break through, and innumerable musicians replete with delightful songs are struggling to get by. They would all massively benefit from the licensing of just one song.

Hell, may I even be bold enough to suggest that if you like Mumford and Sons you might just like some of the unique and original songs that feature on my wholly independent album For every action?

The BBC does a great job of making brilliant TV. I do truly love the music of the multimillionaires Mumford and Sons (I hear they are good at removals too). But PLEASE stop using their songs as mood music in nearly every TV show that’s produced by the BBC, and instead, consider some of the other unheard talent that’s out there!